A couple weeks ago, Aaron started batting around the idea of a new scope. After talking it over with Mike and some of the other guys at G7, we think we may have an idea for the next big project for G7 to tackle. The idea is a high-quality riflescope with a built-in digital display and an on-board ballistics calculator. Of course, there are some major challenges to overcome here.

The scope will need to work the same as a standard scope. It must use a mechanical ballistic turret, because we want adjustments to be intuitive. Optics must be of the same or better quality as other high-end scopes. Additionally, the scope will need to include an internal display, a position encoder for the elevation turret, and a ballistic computer. These systems will require a powerful battery, but we’ll need to keep weight reasonable. Another hurdle will be cost, but we’ll cross that bridge when we come to it. It’s possible that, with the right team of engineers on board, we’ll be able to design a system with high-performance electronics that can handle the ballistics calculations.

With the high cost of the scope, plus the additional electronics, we anticipate a problem. We’re worried that the cost might be prohibitive to the consumer. Compromising the quality of the scope, of course, is not an option. Aaron is thinking of using a direct sales approach. Cutting out the added cost of retail distribution means we can cover our margins without charging a ridiculous amount of money for the scope.

This should be an interesting adventure. We know that, if we get the right people in place, we’ll make it a reality.

We’ve settled on a basic concept for the new scope. Rather than reinventing the wheel, we are planning to start with the existing riflescope design and simply adding technology to it. There is an important reason for this approach—the existing riflescope is a proven design, so there is little risk to the consumer who is considering buying the product. Our design will simply take existing technology and make it better.

The next phase of the project is to take the idea overseas to find a strategic partner—an OEM who’s willing to take a chance on a small company with a big idea. We’ll be talking with the same OEMs who manufacture scopes for industry leaders. We expect it will take a few months to iron out some details so we’ll have a conceptual model to show potential partners. 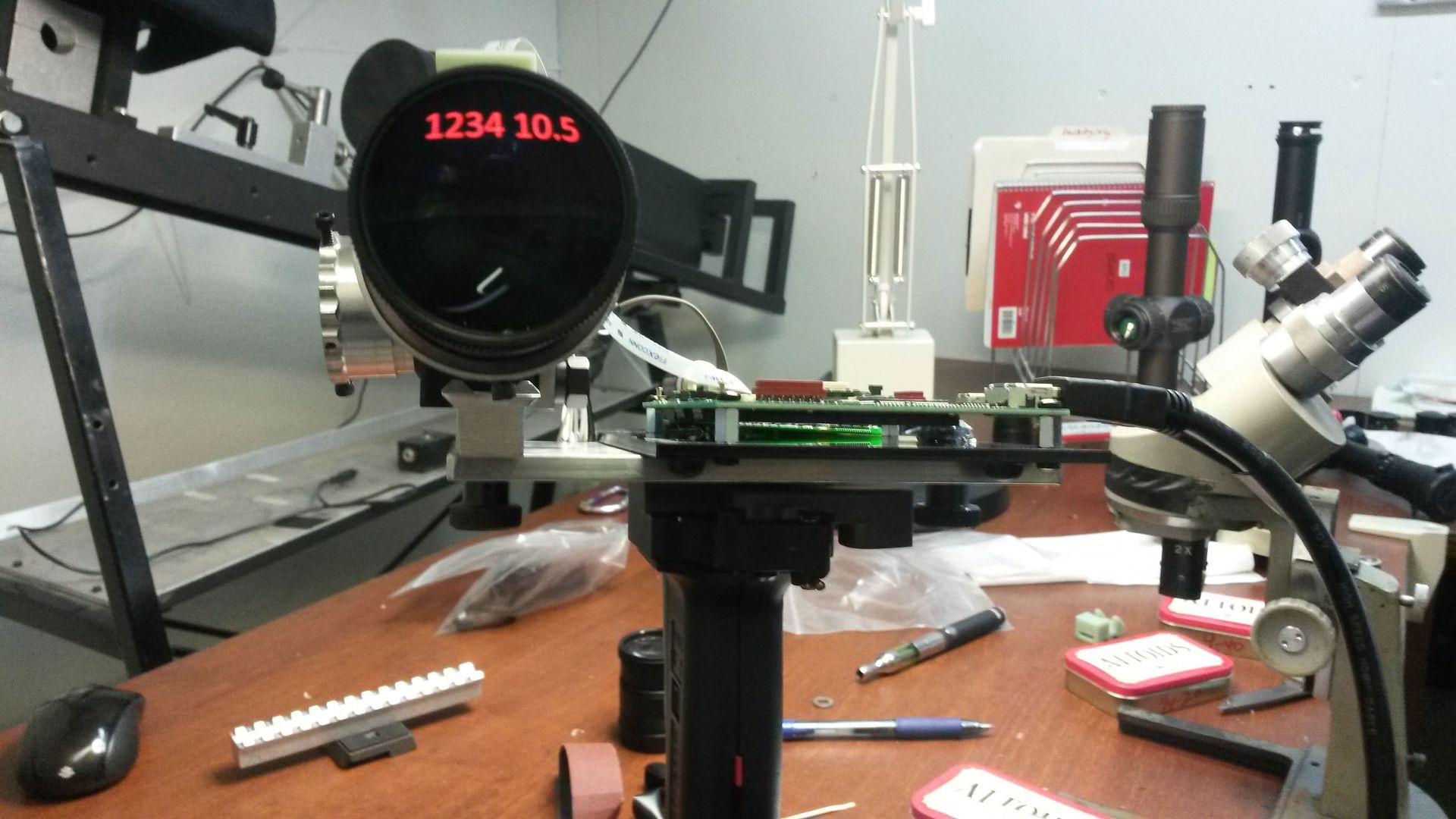 Aaron has decided to run with the direct sales approach. The increased margins will make it possible to sell the scope to customers at wholesale pricing, and will allow us to allocate more money for R&D. It’s high time to shake up the industry a bit.

After about 9 months, we have a working prototype. The battery is not in the ideal location, and the internal display is really just a working dummy, but it is working, so we know we’re on the right track. This prototype also provides us with some valuable information—we can now identify where the real problem areas will be.

The first problem is where to put the battery. The housing is ungainly, so finding a place that doesn’t interfere with operation or aesthetics is more challenging than anticipated. The current location is not acceptable. 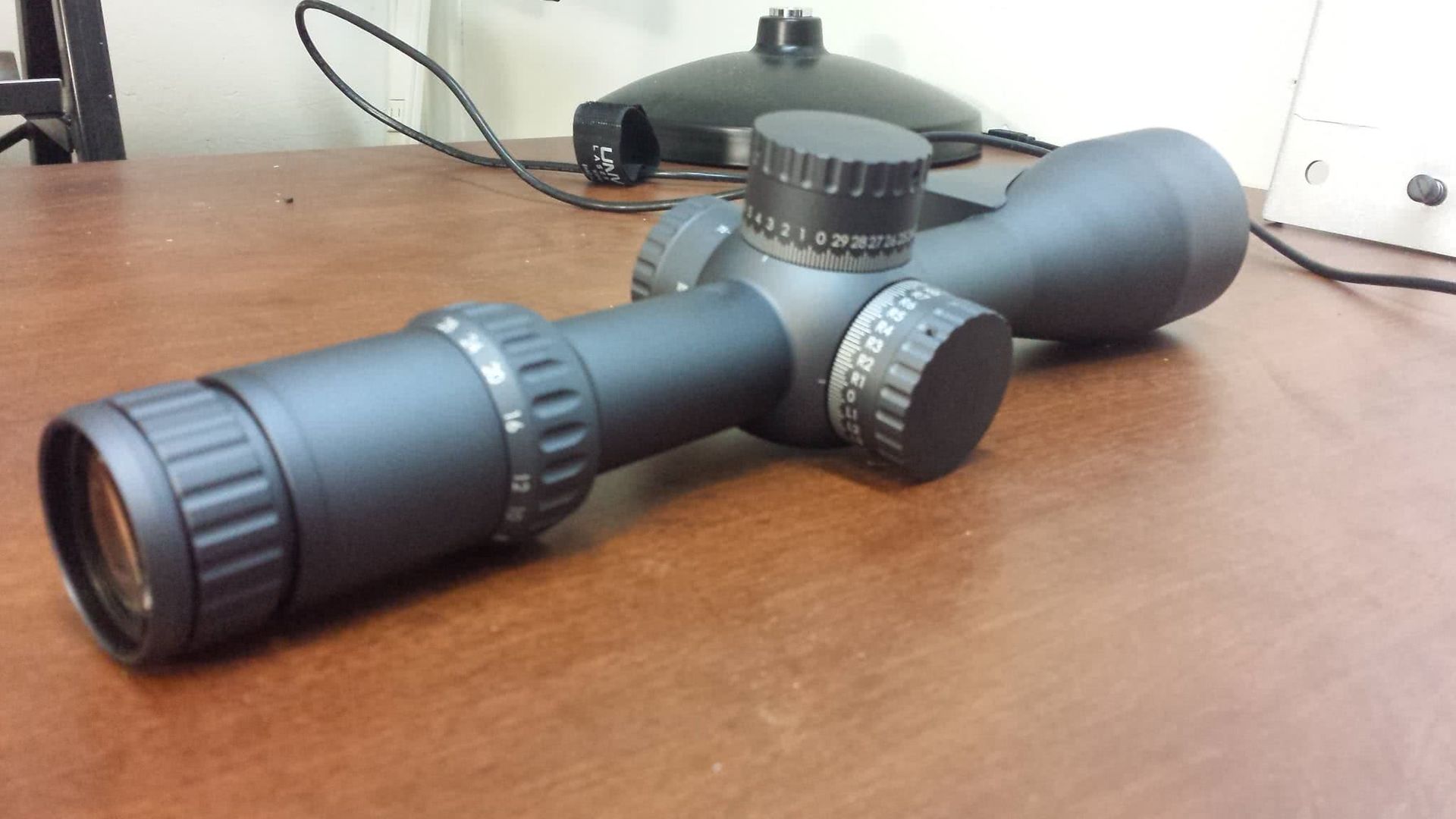 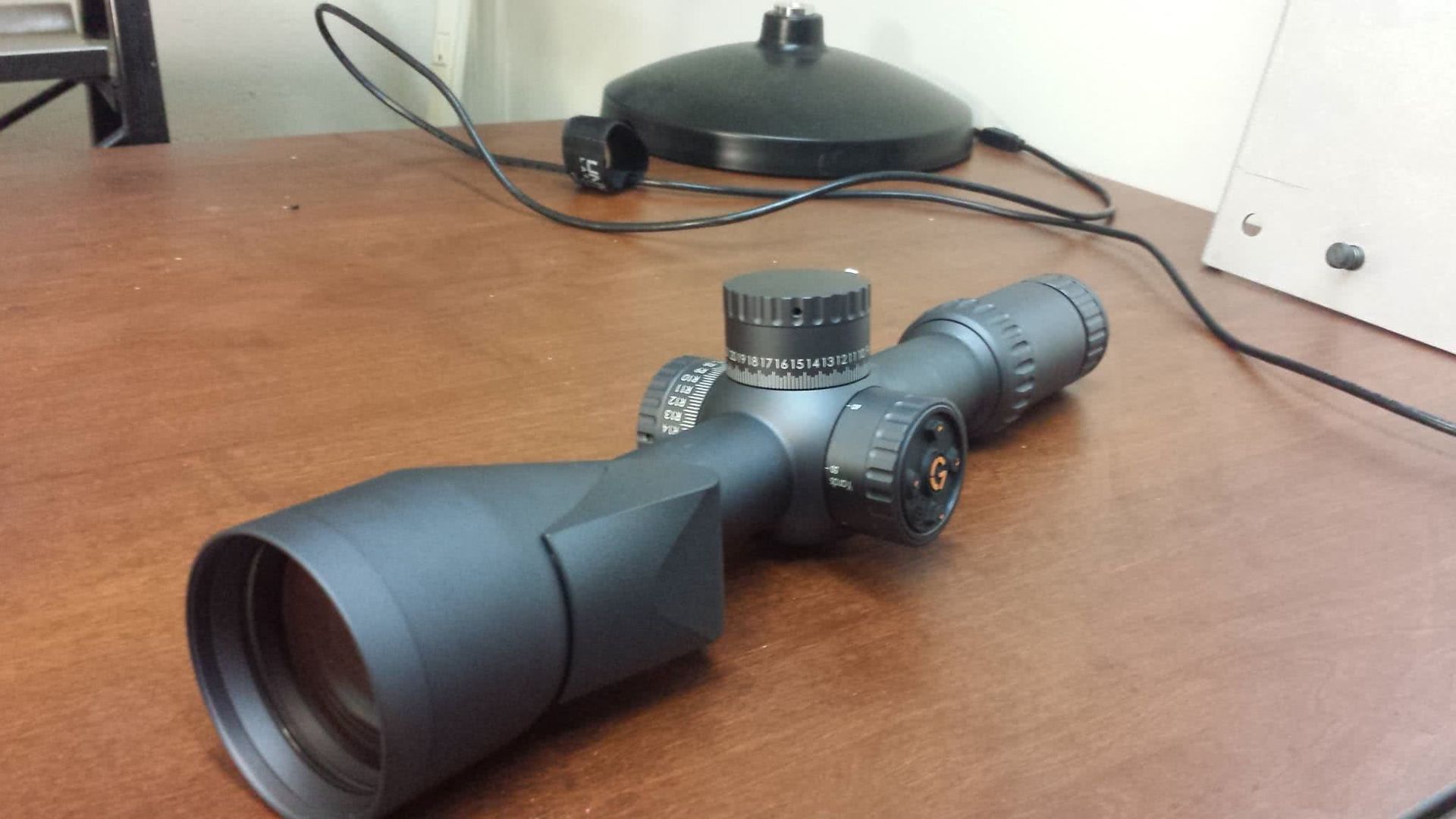 The display is another problem. This has never been done before, so we need to decide which type of display to use and what information we’d like the display to provide the user. 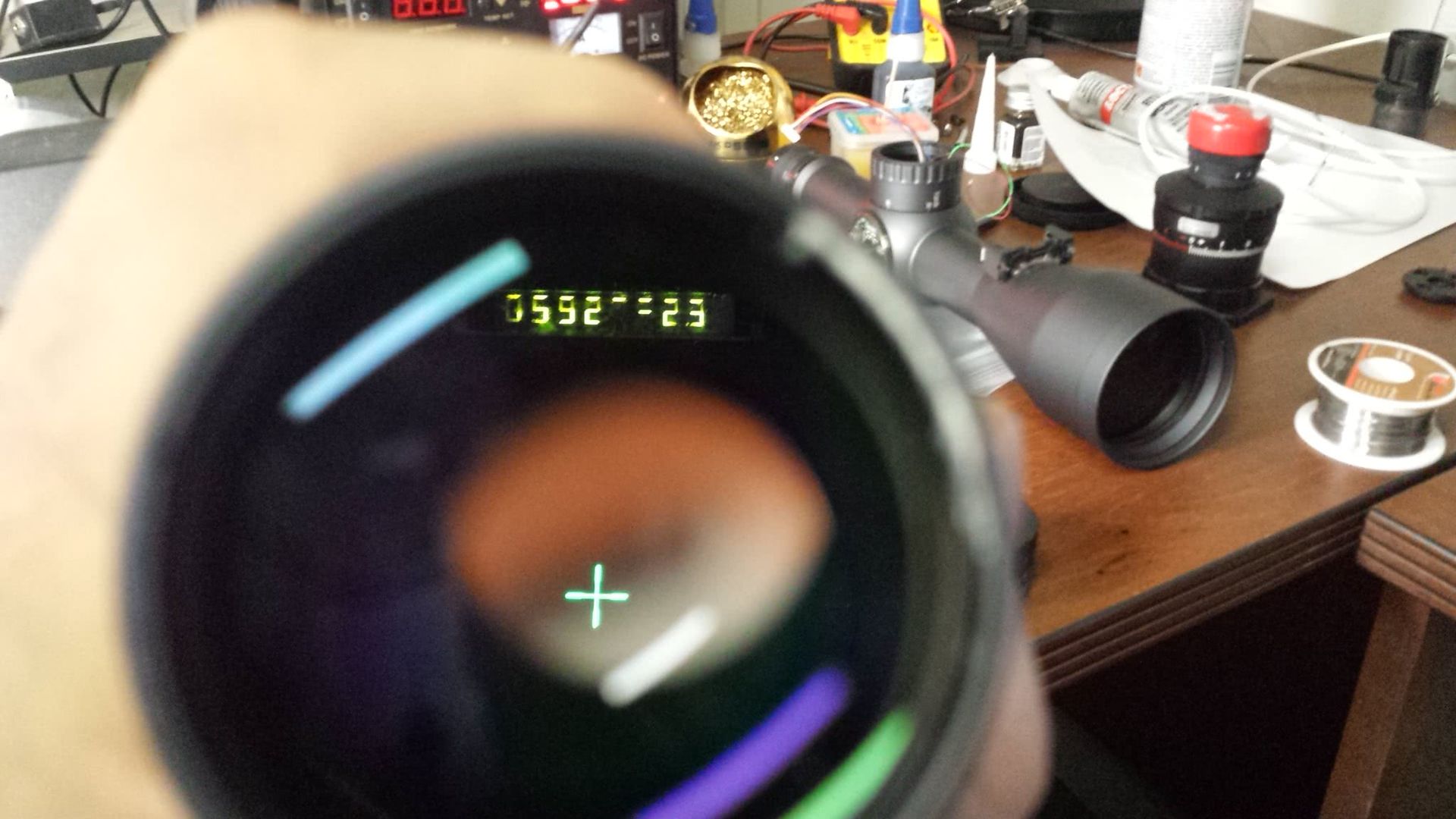 Finally, the encoder needs to work with the mechanical operation of the turret. Again, this has never been done, so we’ll need to develop a process where the encoder reads the movement of the turret and translates them into digital information—all without interfering with the turret’s operation.

While the first prototype was more of a conceptual model, built to identify some of the challenges that we’d face with production, the second prototype is an attempt to solve some of the issues that the first prototype identified. We knew we would need the display to provide more information, so we needed to use a more sophisticated display type than the original Seven Segment. We settled on AMOLED—the same type of display used in smart phones. We still hadn’t determined which information was most crucial to provide the user, but the new active matrix display made it possible to display just about anything and everything we wanted. 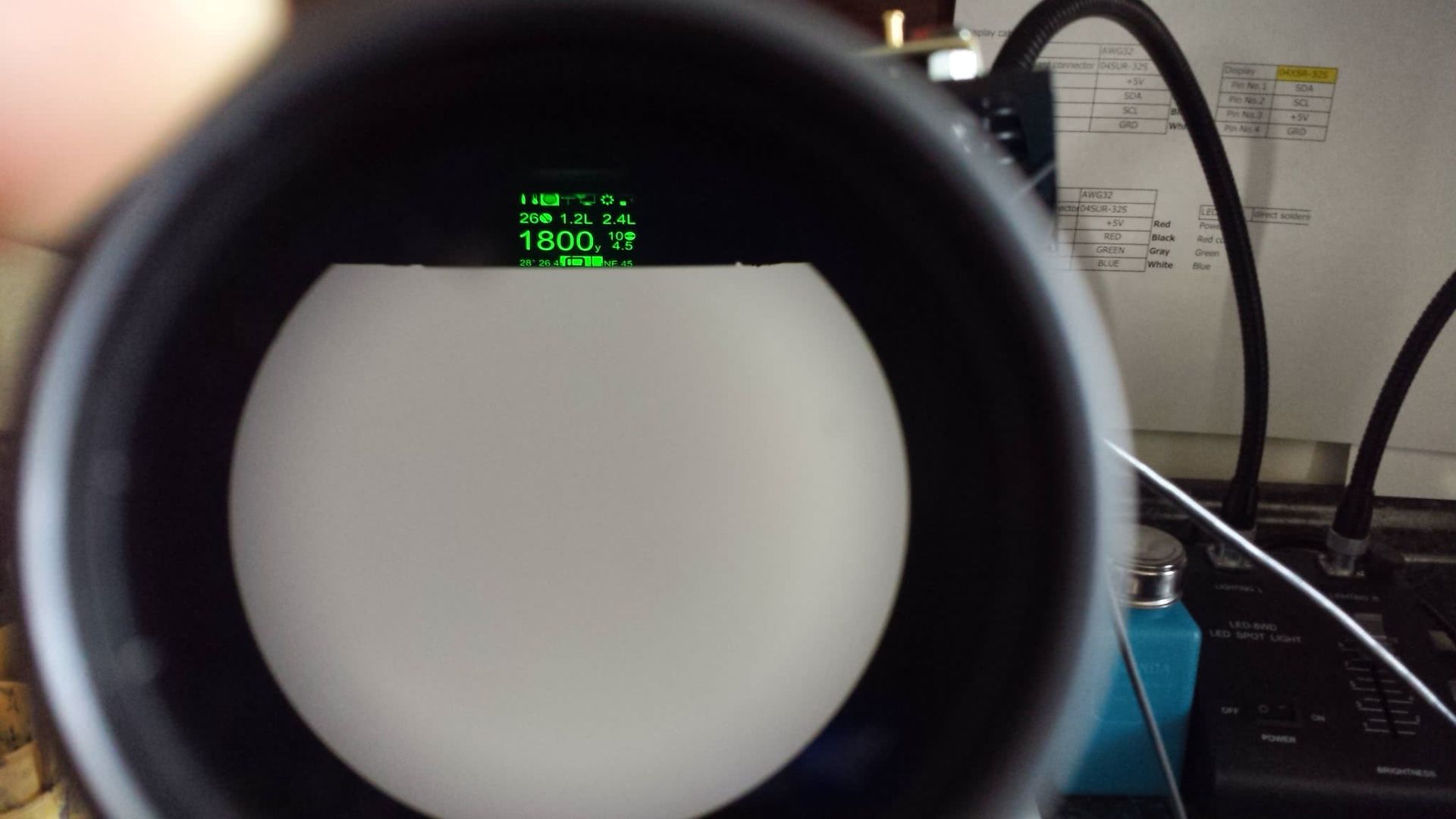 We also changed the type and location of the battery. For this version, we used a much more powerful AAA, which provides plenty of power in a relatively compact package. We moved the battery to the rear of the scope – near the shooter’s eye, where it doubles as an ergonomic cattail to make adjustments easier. 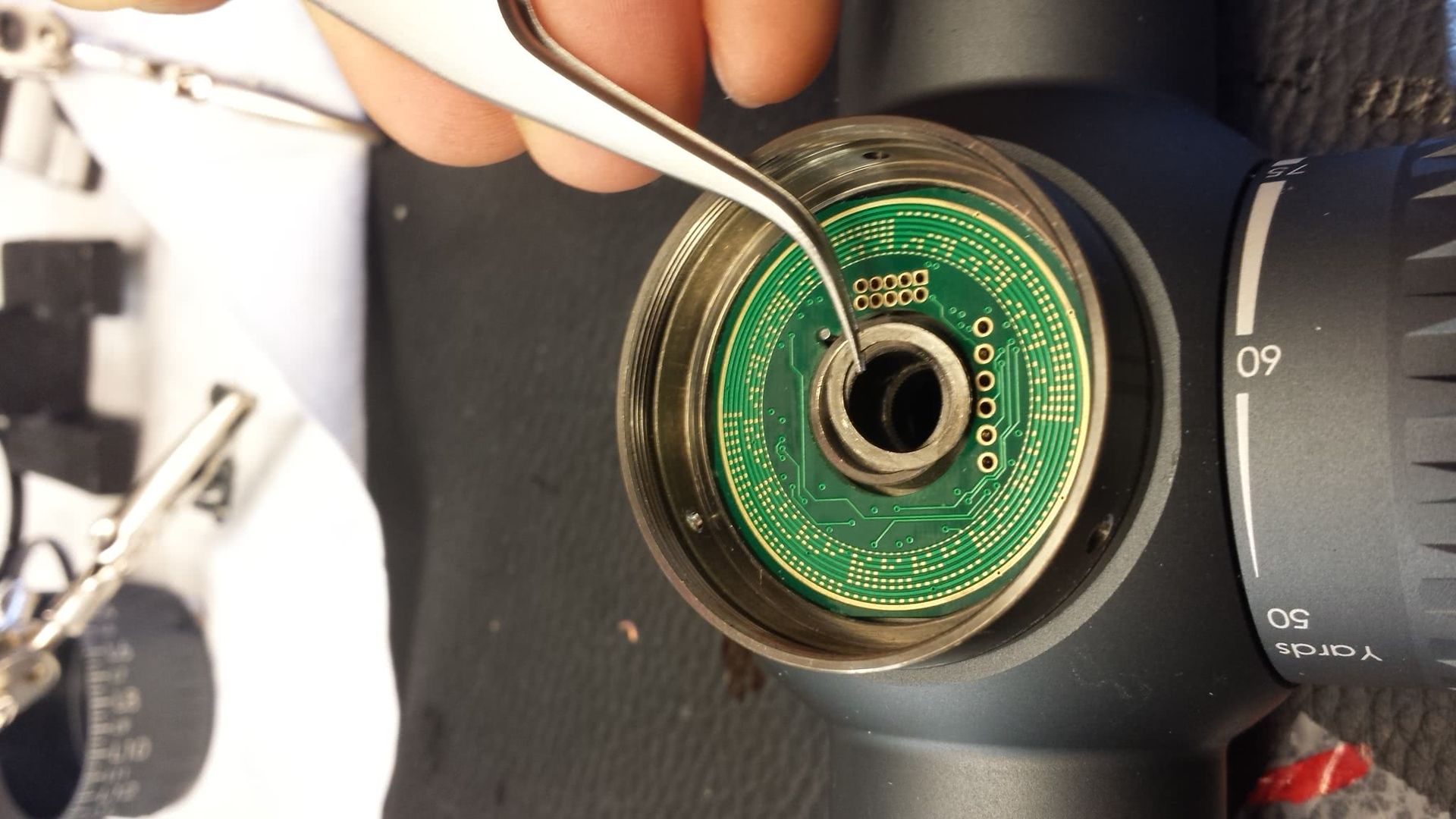 Development of the third prototype focused on the user interface. We’d been grappling with the problem of how to build a simple, reliable encoder that would recognize multiple revolutions of the turret. After several tries with different technology, we’ve realized the magnetic encoder is the answer. This simple interface is more reliable and more absolute. When you turn it off and then turn it back on again, it remembers where it was, which is critical.

After more than four years of research and development, the PMR is just about ready to launch. We think it’s going to change everything. Starting with the way optics are distributed to consumers.

Throughout the process, we’ve been batting around the idea of selling directly to the consumer to keep costs down. With the scope more-or-less ready to go to market, our initial fears have been confirmed. The costs add up quickly. We’re shooters and we spend our hard earned dollars on good gear, but $5,000 – $6,000 for a rifle scope is just too much. The traditional two-step model just won’t work for this scope. Cutting out the added cost of retail distribution means we can cover our margins without pricing ourselves out of the market. Everybody wins!

The PMR is the first long-range riflescope to calculate trajectory, angle, and air-density internally and in real time. The PMR removes time-wasting steps from the targeting process, so you can get on with the business of simply shooting.

It took a while, but we think it was totally worth it, and we’re pretty sure you will, too! There’s still plenty to be done, but we’re almost there.