The easiest way to check the spin drift for a specific bullet is to input it into the Revic App. Make sure that Coriolis Effect is turned off and Spin Drift is turned on. Now reduce the wind to zero. The required windage will show the amount of spin drift for that specific bullet. Different projectiles vary, but an average would be 1/2 MOA left hold required at 600 yards, and 3/4 to 1 MOA of left hold required at 1000 yards for most bullets commonly used for long range shooting. 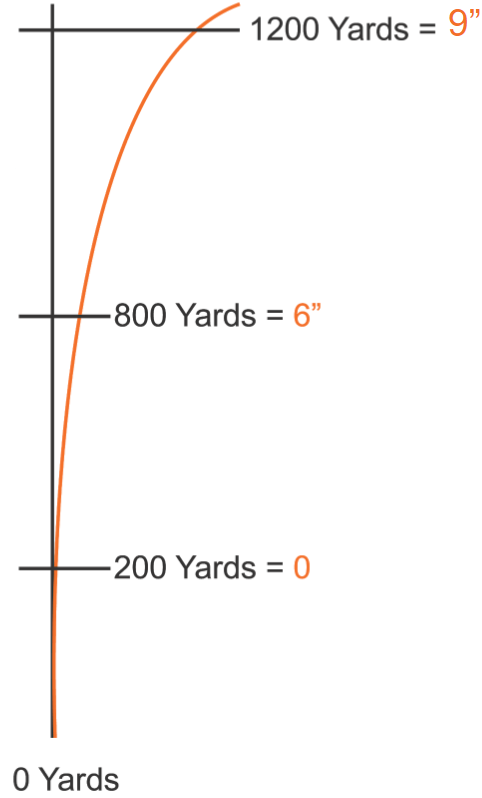 Spin drift and Coriolis stack on top of each other to cause impacts to the right which have to be taken into account when making wind calls. A good way to basically remove them from consideration at typical hunting ranges is to zero at 100 or 200 yards as you normally would. Then dial “½ moa left’ on your windage turret. At 400 yards the impact will be a little less than 2 inches left however by 600 yards spin drift and Coriolis will move the bullet to center and at 800 yards the impact will be a couple inches right. For all practical purposes you can now ignore spin drift and Coriolis for 800 yards or less. This works great for making mental wind calculations because you no longer have to consider a wind from the left more heavily than a wind from the right.

It's worth noting that, although they are rare, if you had a left hand twist barrel, the resulting spin drift would have an impact to the left.

Spin drift varies significantly from bullet to bullet as shown in the following chart with approximations at 1000 yards (individual data may vary). 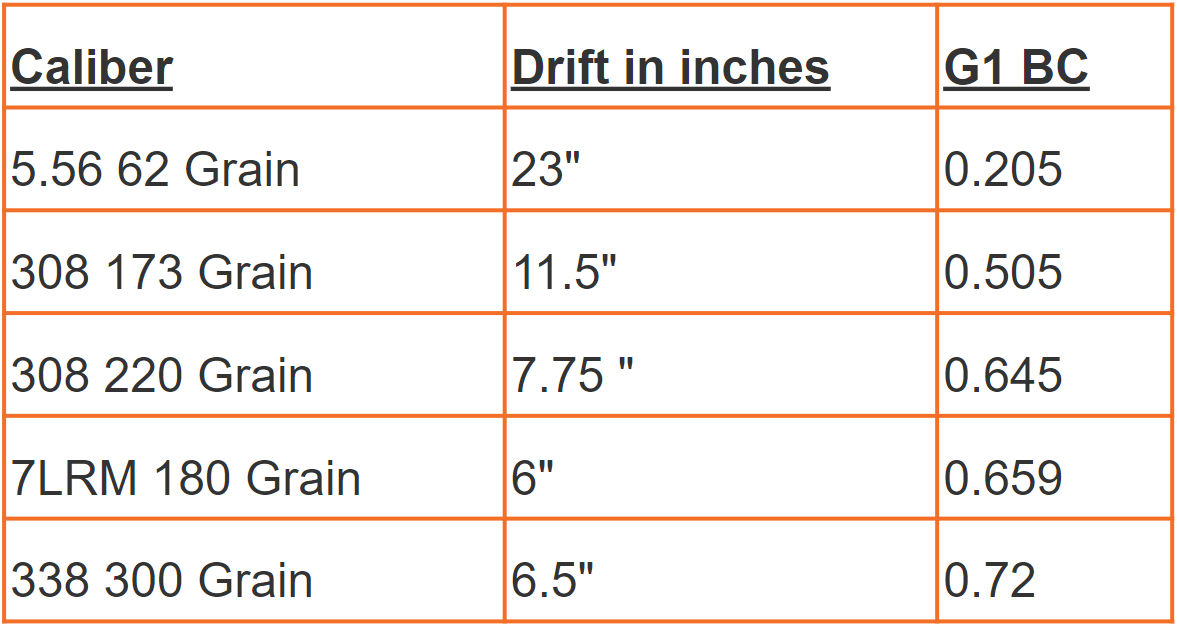